The London Underground is now over 150 years old and stretches over 250 miles of track underneath the historic city of London. Whilst the rail network was being built, countless bodies, graves and even plague pits. Thousands of people have died in and around the London Underground network. Deaths on the underground have been as a result of construction accidents, war time bomb blasts, acts of terrorism and sadly more often than not, suicides.

The Man in White Overalls at Liverpool Street 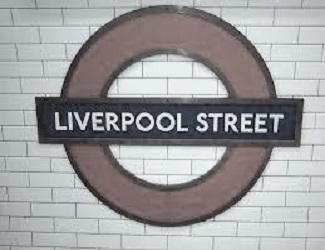 Where: Liverpool Street Underground Station. More specifically the eastbound central line platform.
Who: A man in white overalls seen to stand on the platform as if waiting for a train.
When: In 2000 the man was spotted by Liverpool Street Station staff on CCTV after the station was closed to the public. A station worker went down to make sure that there was nobody on the platform, whilst being watched by a colleague on CCTV. The station worker who watched his colleague conduct the search on CCTV saw that the man in white overalls was standing right next to his work mate, unbeknown to him. When his colleague returned from the search he said he saw nothing. After the worker monitoring the CCTV told him what he saw, the searcher went back down to the platform and still saw nothing. As he was about to go back upstairs, he saw a pair of white paper overalls on a bench.
Why: Liverpool Street is built on mass burial site. When development work was carried out on the tube, around eight bodies per cubic meter were discovered in an area of the station. This does not necessarily explain the man in overalls, but is pretty spooky!
Spooky Rating: 4/10 – A slight chill. Whilst seeing a ghost can be quit shocking, this ghost appears to be calm and only seems to be visible on CCTV. I will admit that the ghostly offering of overalls is pretty creepy though.

Where: Bethnal Green Station, mostly around the ticket hall area.
Who: The sounds of women and children crying and screaming
When: Heard on several occasions by the public and station staff.
Why: 173 people died in a crush (126 women and children) at the station during an air raid test in the Second World War. On hearing air raid sirens, people rushed into the station. As somebody tripped on the stairs into the underground, people began to panic and a crush began to happen.
Spooky Rating: 9/10 – Hide under your covers! It is never nice to hear the dissonant screams of lost souls who were crushed to death! 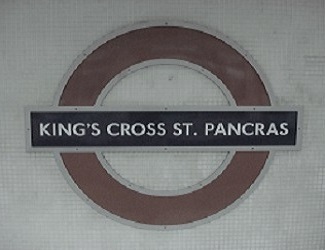 Where: Kings Cross Underground Station
Who: A modern young woman with long brown hair wearing jeans and a t-shirt. The woman is heard screaming and crying, with her arms outstretched. However when passers by come to comfort her, she disappears
When: in 1998 a man spotted the distressed lady and went to comfort her. On approaching her, he said he passed through her. Since then others have reported spotting the distressed girl whilst others have reported smelling smoke in the underground tunnels in the spot where the girl was first seen.
Why: in 1987 there was a horrific and devastating fire in the Kings Cross underground that killed 31 people. It is possible that the young lady was one of the victims who tried to escape from the fire.
Spooky Rating: 8/10 – Pretty darn scary! The girl was obviously very distressed when she passed into the spiritual kingdom, and as she was seen with her arms outstretched

One thought on “Haunted London Underground”

Have You Ever Seen a Ghost?

As well as spooky landmarks, there are lots more paranormal goings-on in London. Read on and leave a comment on our pages if you have a story to tell...